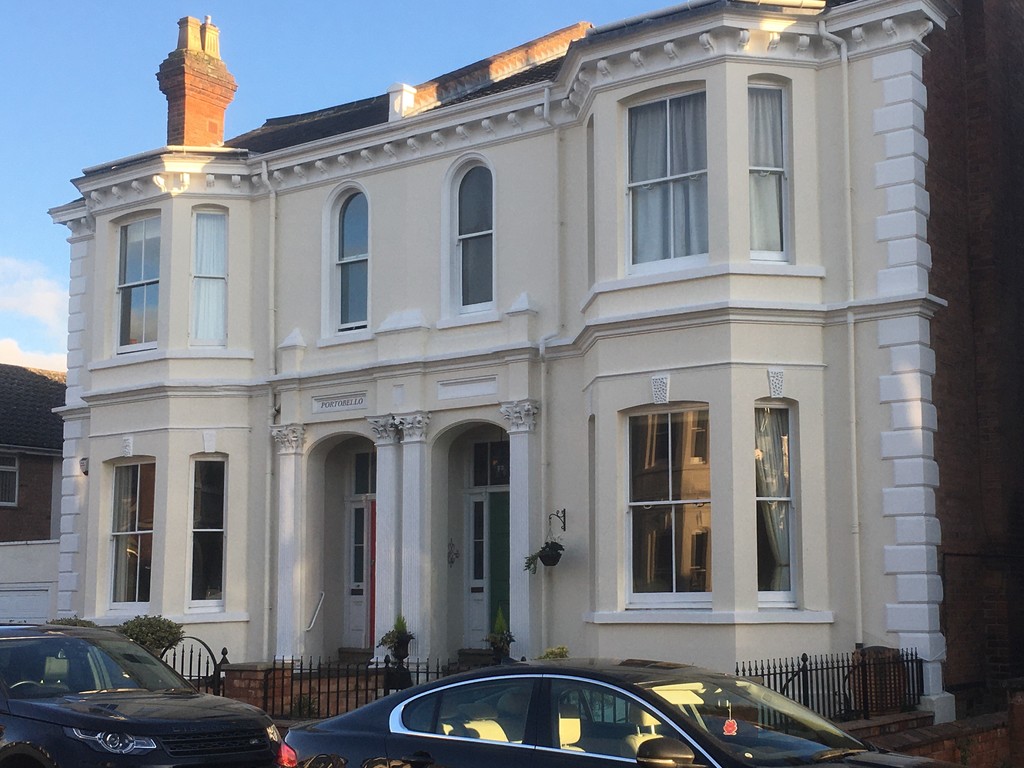 A spacious period property in a historic spa town

Our house is a semi-detached period property in Royal Leamington Spa, Warwickshire. We live in a quiet and safe neighbourhood only 10 minutes walk from the town centre. Leamington is a charming town surrounded by typically English countryside, full of period properties dating back to the early 19th Century when the spa was a mecca for Victorian society. Its a prosperous town with numerous good restaurants and an eclectic mix of independent shops and national retailers. It was recently voted one of the top ten places to live in the UK by a leading National newspaper.

Being in the Midlands we have excellent transport links to all parts of the UK. Stratford upon Avon (Shakespeare's historic birth place), Warwick with its impressive medieval castle and the picturesque Cotswolds are nearby. London is less than an hour and half by direct train. There are also direct trains to Oxford and Birmingham (including the airport), taking about 40 minutes.We're within walking distance of the railway station and a short drive to the M40 and M1 motorways making our house a great base for visiting numerous parts of the UK.

The house has 4 bedrooms, a large kitchen diner, living room and separate dining room. We have a large family bathroom and 2 additional toilets. The house retains many of its original period features and has lots of character. Outside we have a delightful walled garden and patio with a gas BBQ, providing a secluded outdoor space. Free parking is available on the road outside. We are happy to make our 6 seat people carrier available.